What advice do we give to millennials as they turn 40? 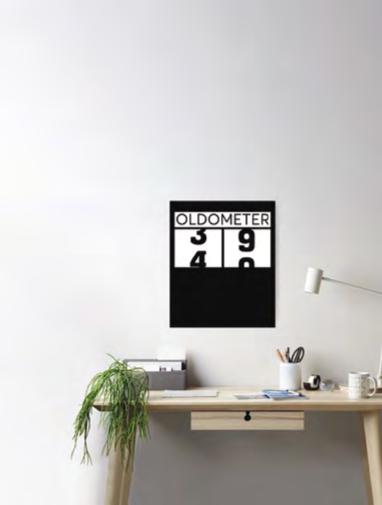 MILLENNIALS are turning 40. The first millennials were born in 1981, and the last in 19961. So how are they faring financially? And what advice to offer them in the context of protecting their income, lifestyle and families?

Following a recent survey conducted by The Harris Poll on behalf of CNBC, some of the assumptions made in recent years about this generation were strongly challenged: Millennials have been dogged with the stereotype that they are perpetually young, unmarried and financially irresponsible. That’s not the reality, especially as the oldest millennials turn 40 this year. One of the more persistent myths is that millennials are still a generation of renters. However, a significant number now own a home with older millennials (those born between 1981 and 1988) 59% are homeowners. The survey polled 1,000 U.S. adults aged 33 to 40 around a number of topics, including homeownership, student loans, employment and financial security.

While it is similar on this side of the pond, more millennials are indeed homeowners now, it is also true that they lag older generations, financially, as they enter their mid-thirties and forties and are older buying their homes. According to the Financial Times, at the age of 27, people born in the late 1980s in the UK had a homeownership rate of 25 per cent, compared with 33 per cent for people born just five years earlier and 43 per cent for those born 10 years earlier. As economist Gray Kimbrough has documented, a large number of people in their 20s and early 30s live with their parents, while correspondingly fewer own their own homes. They’re also significantly less likely to be married than past generations.

To compare them with previous generations analysis shows that they are half as likely as their parents to own their home at the age of 30, and that even as they enter their 40s, many will still be renting.

All of this is understandable: millennials have had to face strong economic challenges. A substantial percentage graduated during the Great Recession of 2008-9 or the years of slow growth that followed. Studies show that graduating into a recession reduces lifetime earnings.

So Millennials started working during a recession, which was followed 12 years later by a global pandemic. Job stability in the traditional sense has therefore not been a given. A significant rise in freelancing amongst this generation has resulted from such an uncertain start to their working lives.6 While this has led to resourcefulness, and significant creativity and new types of businesses, millennials don’t, for example, tend to have safe, pensionable jobs in the way their parents did.

Further, a 2018 survey by Samuel and Co Trading found that 43% of millennials have no savings. The rising importance of higher education means that a young person who could start a career at 22 or even 18 a few decades ago now has to wait until their late 20s or even later. That means that even educated millennials begin saving money much later in life, delaying the day when they’ll be able to buy a house.

It also may mean they earn less money over the course of their careers. According to Bloomberg.com, earnings tend to plateau when people reach their mid to late 30s, and their research shows that older workers simply tend to be less productive on average; so more education means a shorter window of prime working years and a shorter window in which to accumulate wealth.

So how to engage this generation, and advise them on their financial and protection needs? A study by the office for National Statistics in the U.K. shows that 49% of women born in 1989 remained childless by their 30th birthday, compared with 38% of their mothers’ generation and 21% of their grandmothers’ generation. So they are starting their families later and buying their homes later – which means that their financial obligations in their 40s are significant, against a backdrop of having less wealth than their parents did.

According to Forbes, there are a number of things for those in their 40s considering their financial priorities should do. They advise those turning 40, amongst other things, to:

The arrival of Covid has meant that many millennials are again facing financial uncertainty. Anne Helen Peterson, the 39 year old author of “Can’t Even: How Millennials Became The Burnout Generation” points out that the arrival of the global pandemic, to coincide with the milestone of turning 40 is particularly on the nose: “I do think it appropriate that this defining moment in our adult life is coinciding with really uncertain financial times.”

However one thing they can rely on is that their experience so far has led them to be perhaps better prepared than older generations for this moment. Prior to the pandemic, The New York Times ran an article entitled “Young People Are Going to Save Us All from Office Life”, which explained that millennials were more likely to work for and run companies that offer flexibility and a good work-life balance. Since then, thanks to Covid, everyone has had to embrace remote working, meaning that the priorities of this generation are for once, to the fore. As they approach middle age, it is possible that the time of millennials might finally be here.

To make a start on your financial plan for the future, contact Mark or Henry at Allied Financial 096 60044.

This website uses cookies to improve your experience while you navigate through the website. Out of these, the cookies that are categorized as necessary are stored on your browser as they are essential for the working of basic functionalities of the website. We also use third-party cookies that help us analyze and understand how you use this website. These cookies will be stored in your browser only with your consent. You also have the option to opt-out of these cookies. But opting out of some of these cookies may affect your browsing experience.
Necessary Always Enabled

Any cookies that may not be particularly necessary for the website to function and is used specifically to collect user personal data via analytics, ads, other embedded contents are termed as non-necessary cookies. It is mandatory to procure user consent prior to running these cookies on your website.